Back to destinations in
Melbourne & Suburbs

Eureka Skydeck is Australia's highest observation deck and is found at Eureka Tower - Melbourne's tallest building. Eureka Tower is located in Southbank, just across the Yarra River from Melbourne's CBD.

The viewing area was first opened in 2007 and occupies the entire 88th floor of the tower. From the 285 metre high observation deck, visitors can enjoy day and night views of Melbourne's CBD, the city's sporting precinct, Southbank, Docklands, the Yarra River, beaches along Port Phillip and as far east as the Dandenong Ranges.

Indoor and outdoor viewing areas as provided. For thrill-seekers, step into "The Edge" which is a glass cube that extends itself 3 metres out from the building, creating the illusion of being suspended in mid-air. 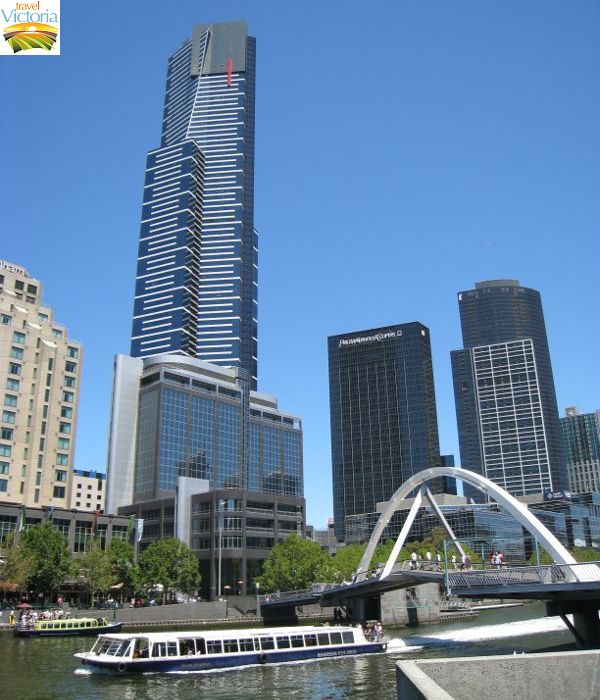 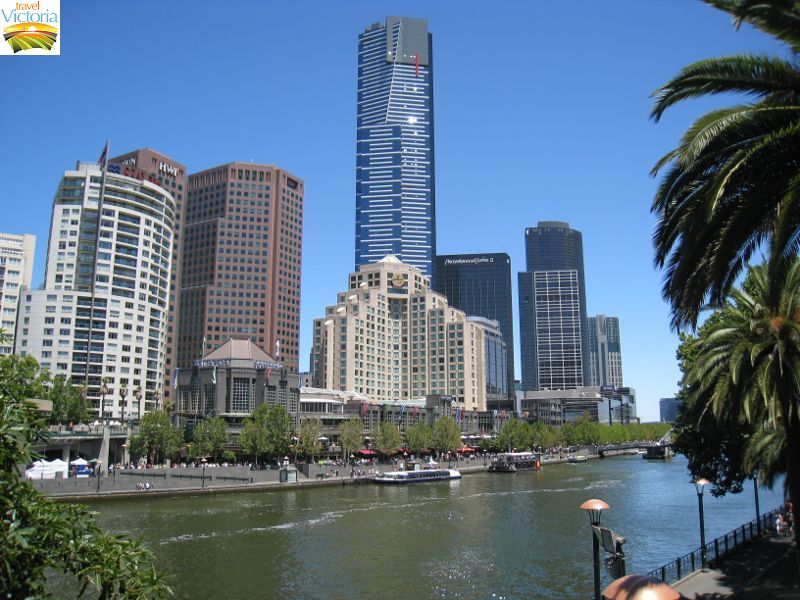 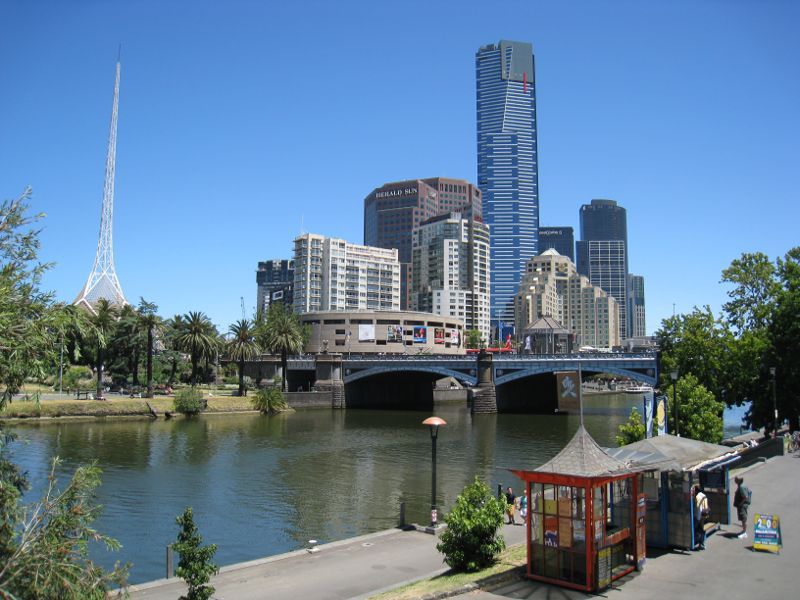 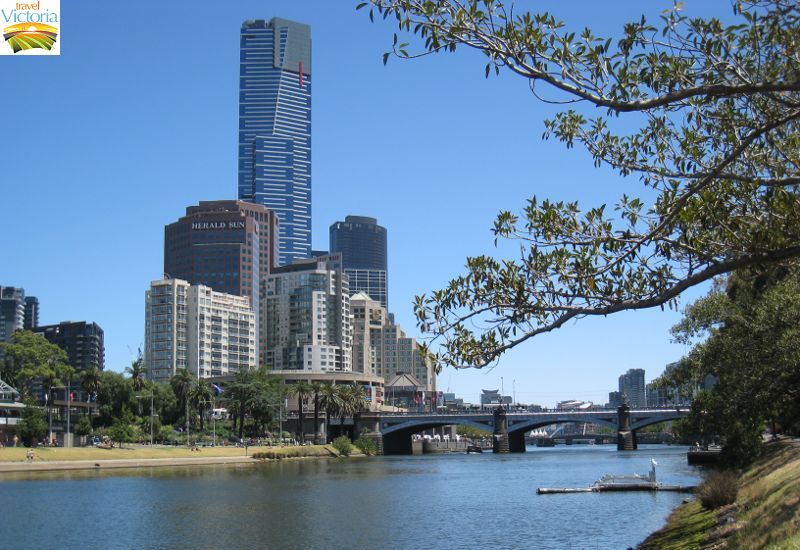 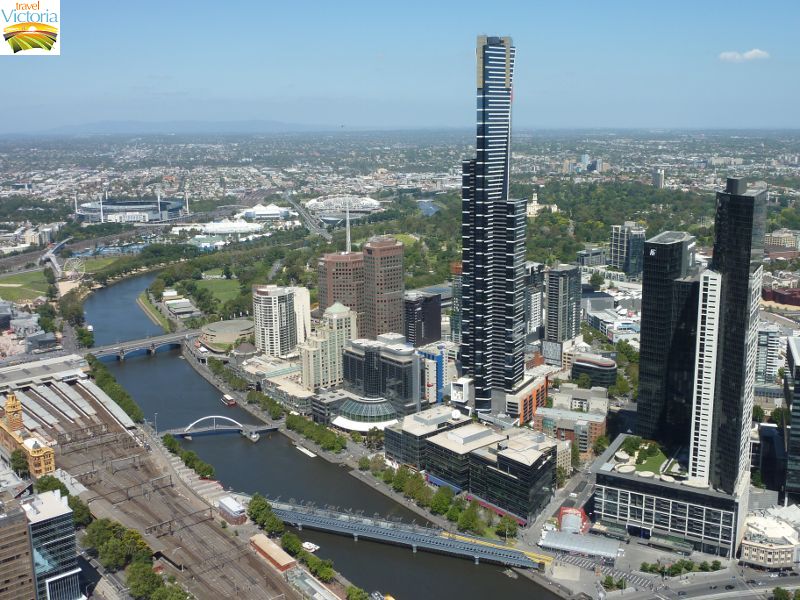 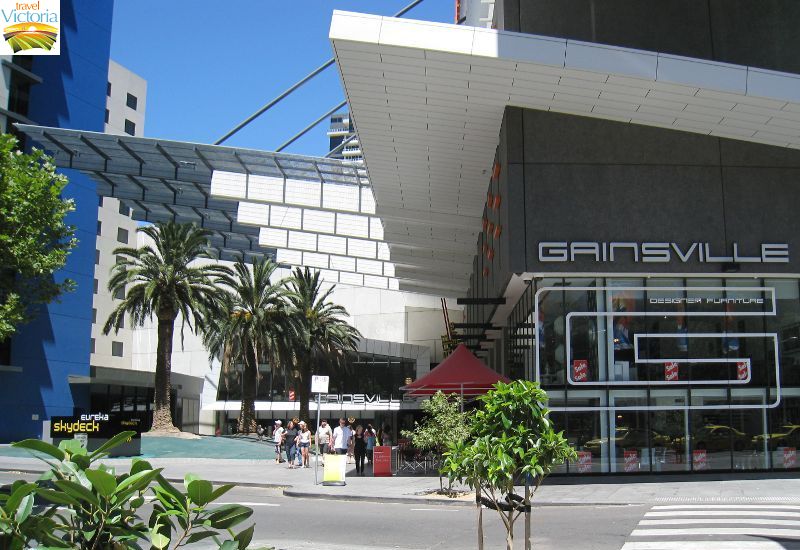 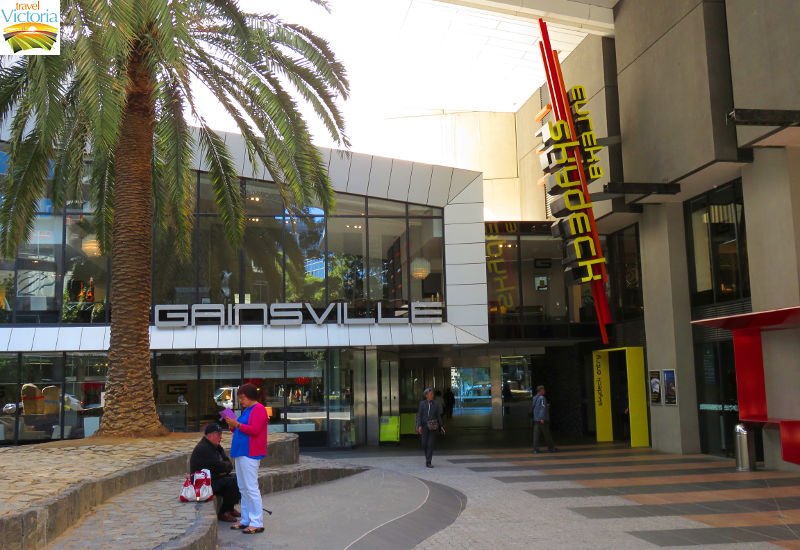 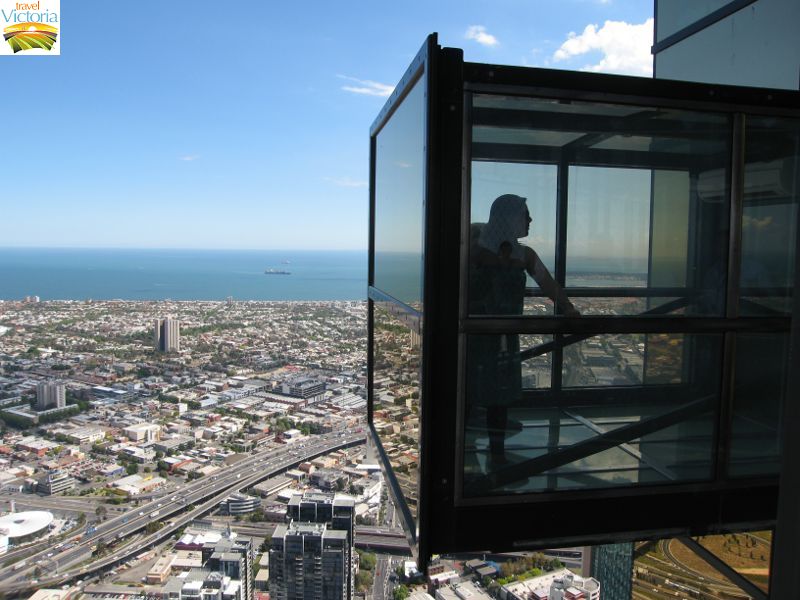 'The Edge' pops out from the tower 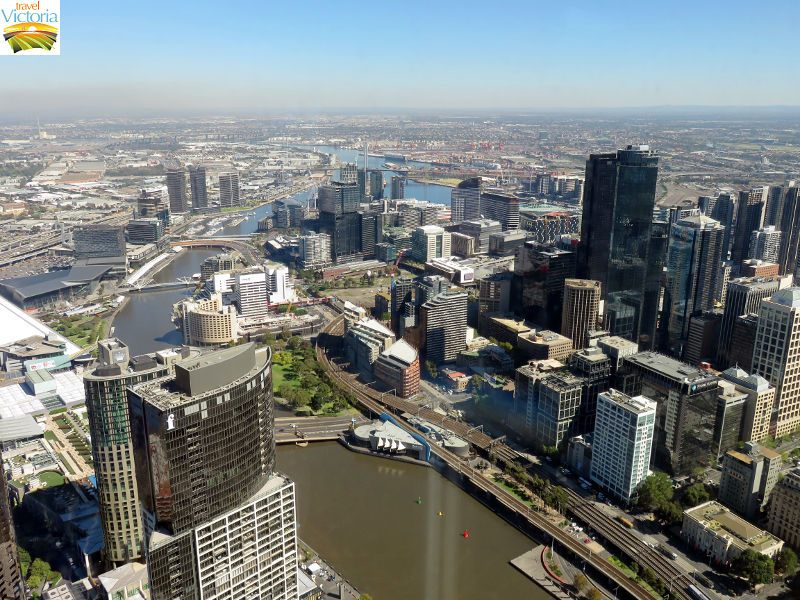 Westerly view along Yarra River and across Melbourne CBD towards Docklands 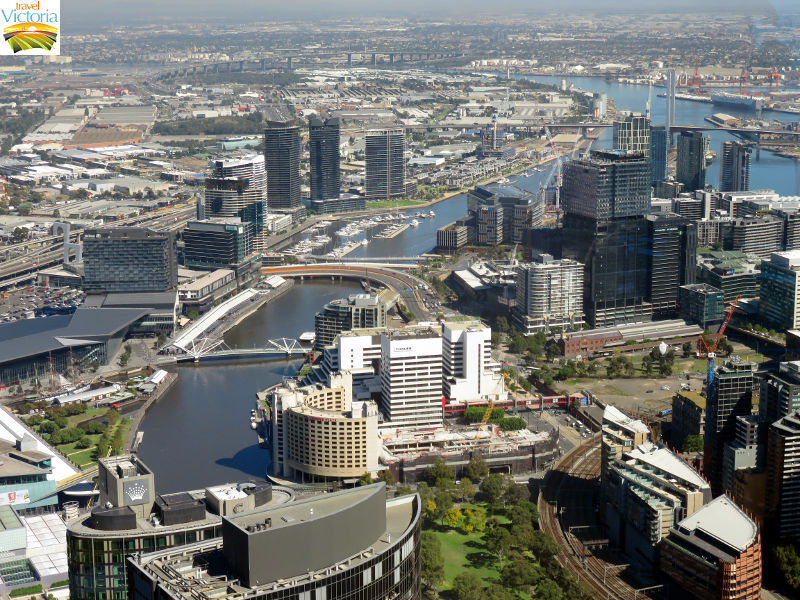 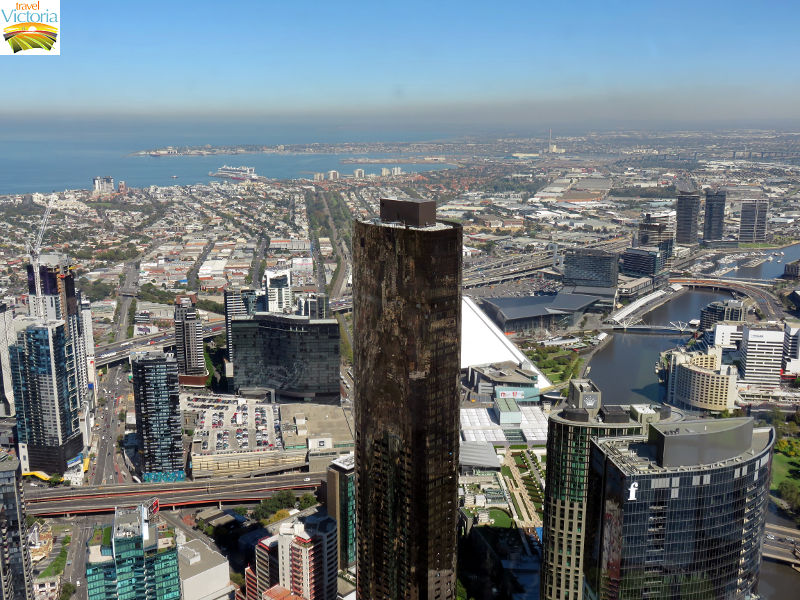 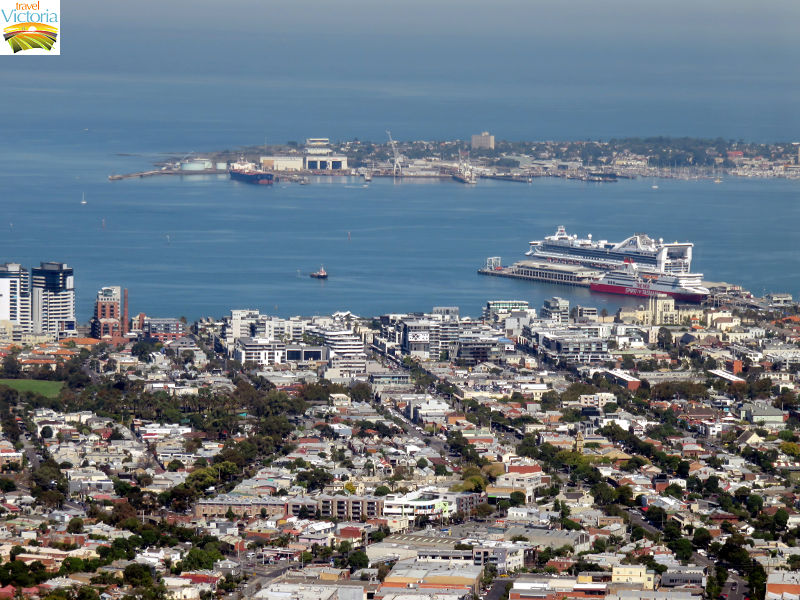 View over Port Melbourne towards Hobsons Bay and Williamstown 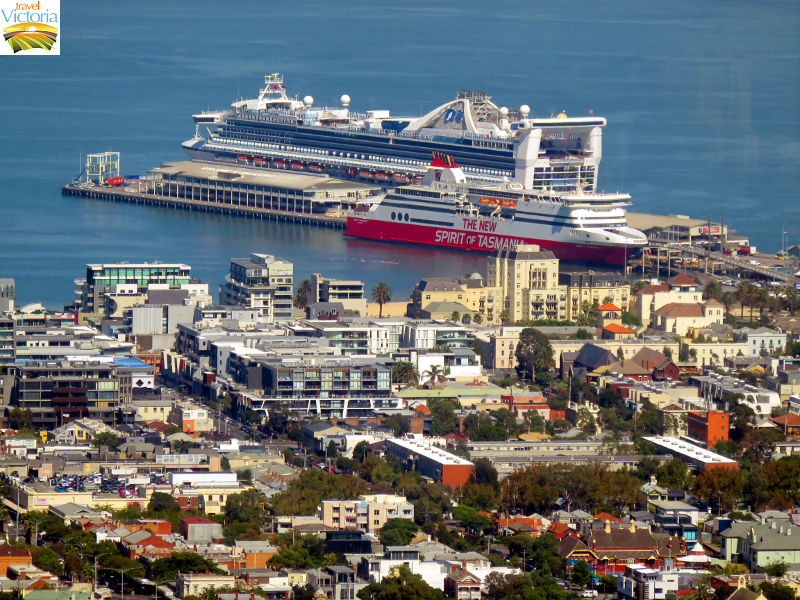 Spirit of Tasmania and a cruise ship docked at Station Pier, Port Melbourne

View across South Melbourne towards beach at Albert Park 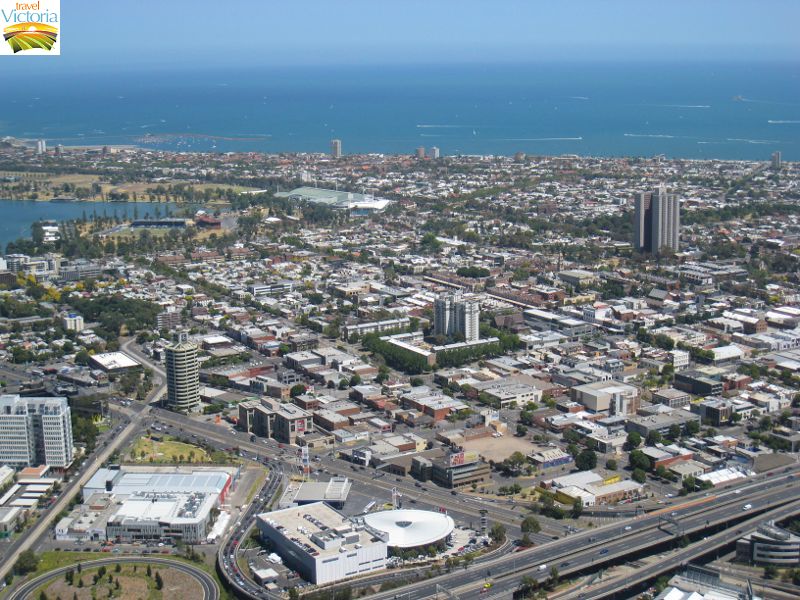 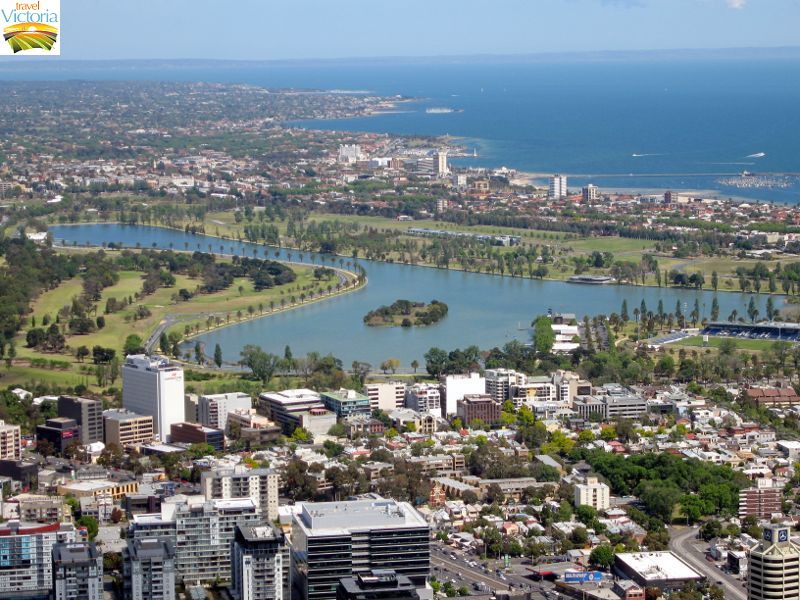 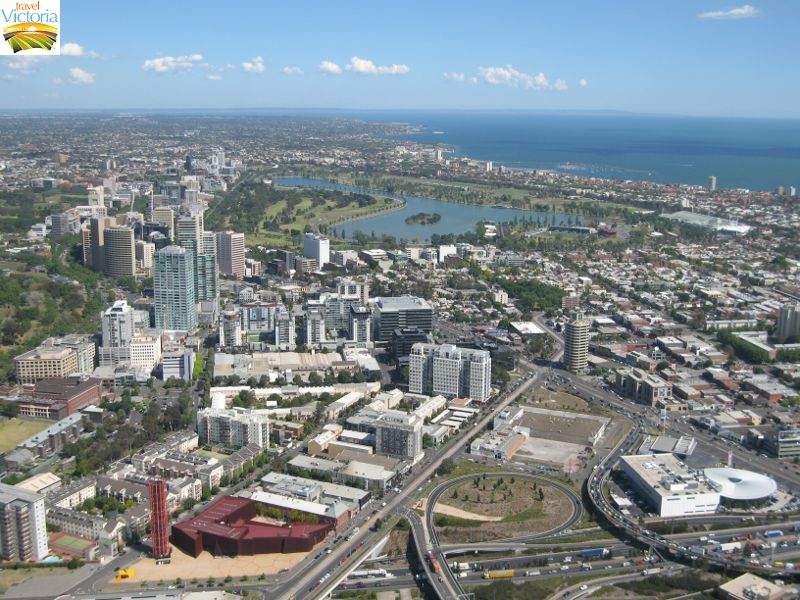 View across Southbank and South Melbourne, towards Albert Park 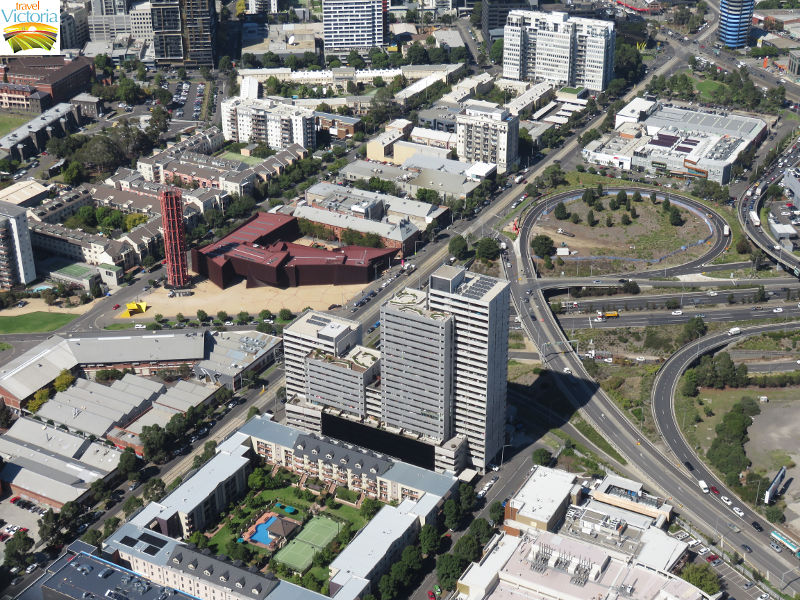 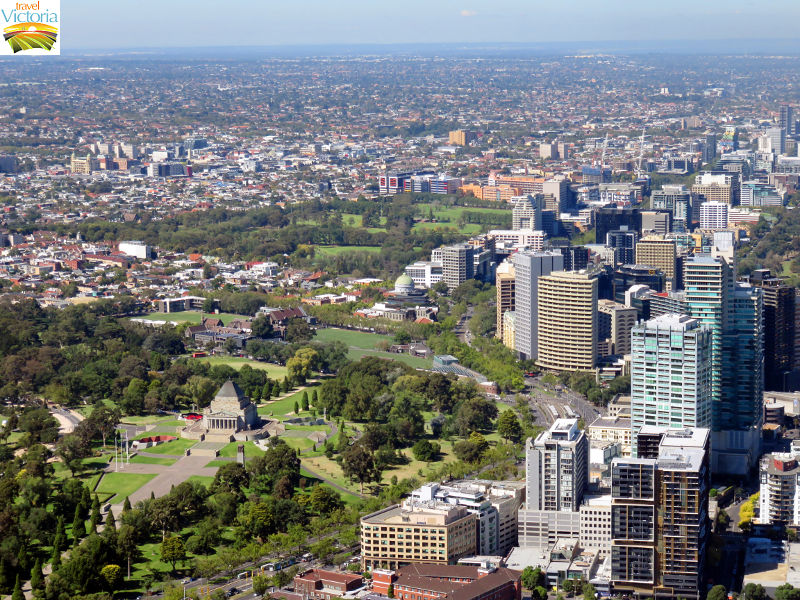 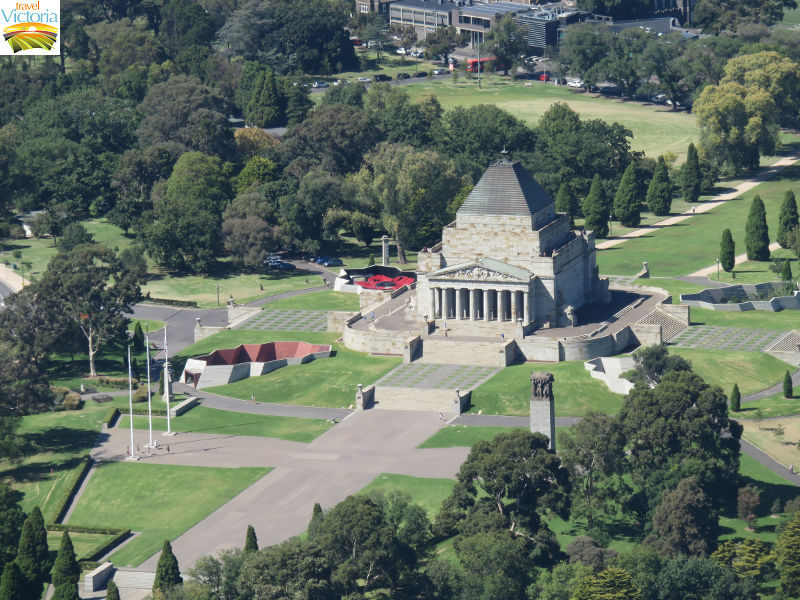 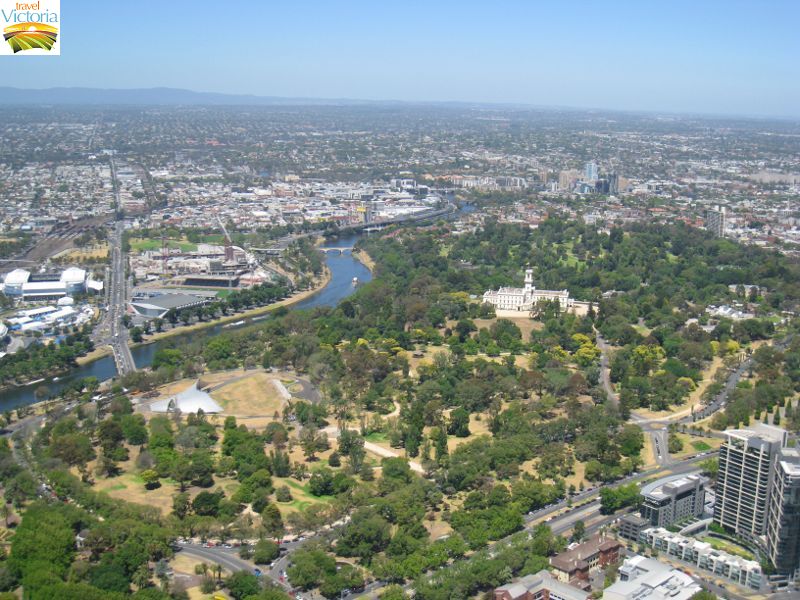 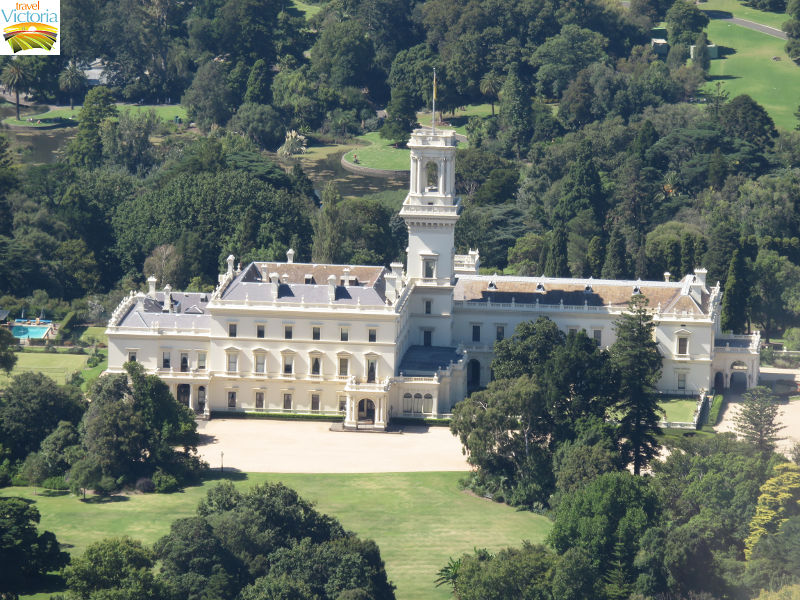 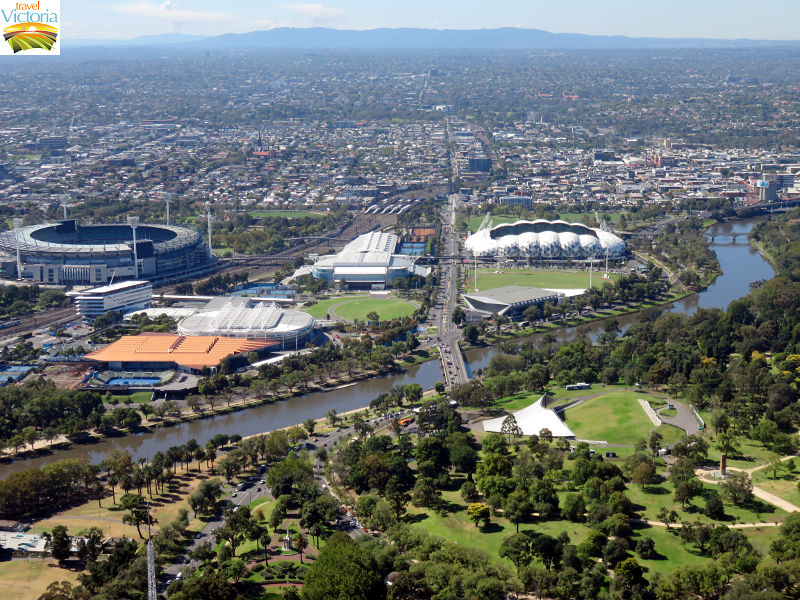 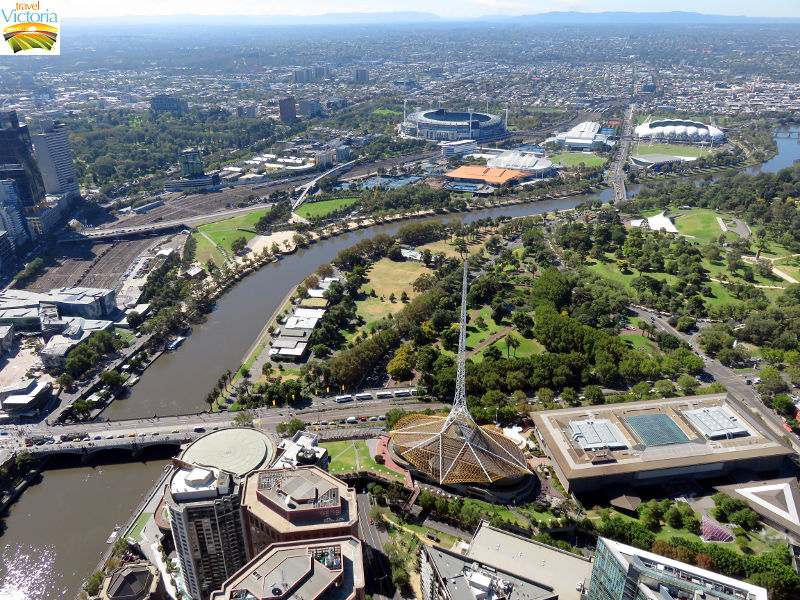 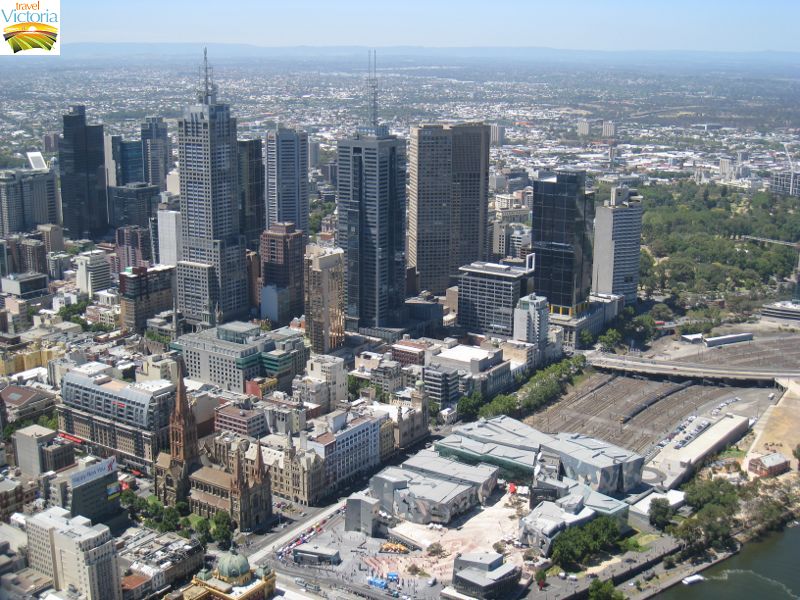 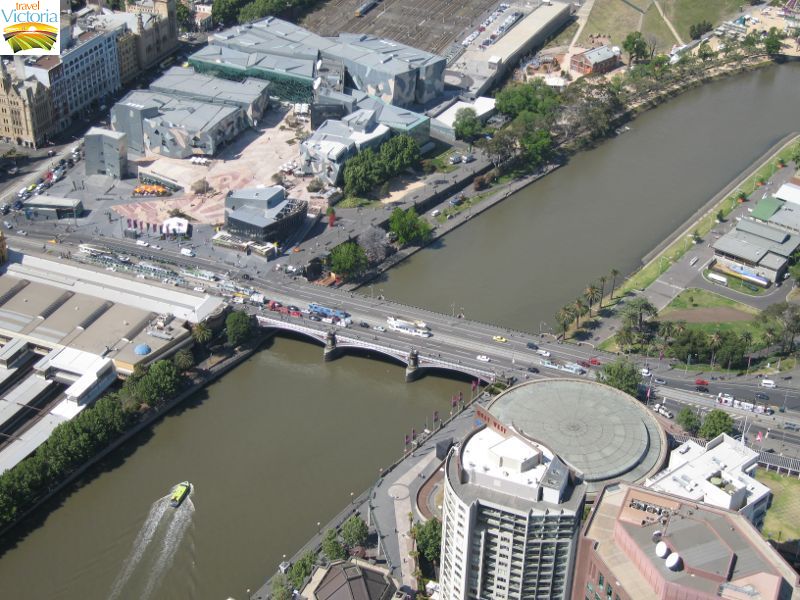 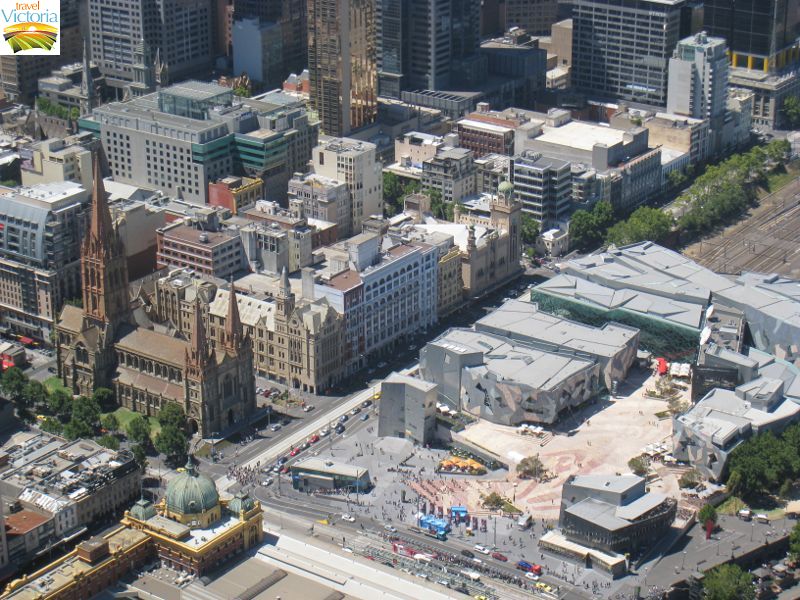 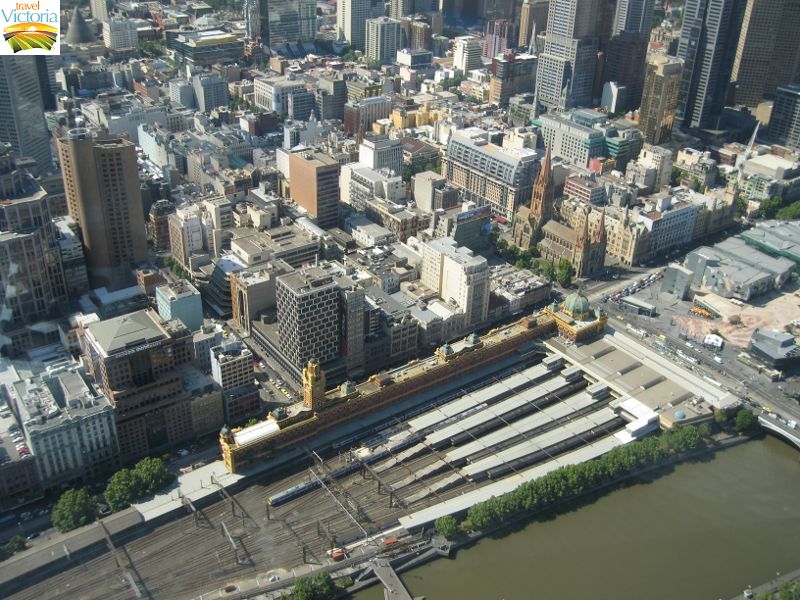 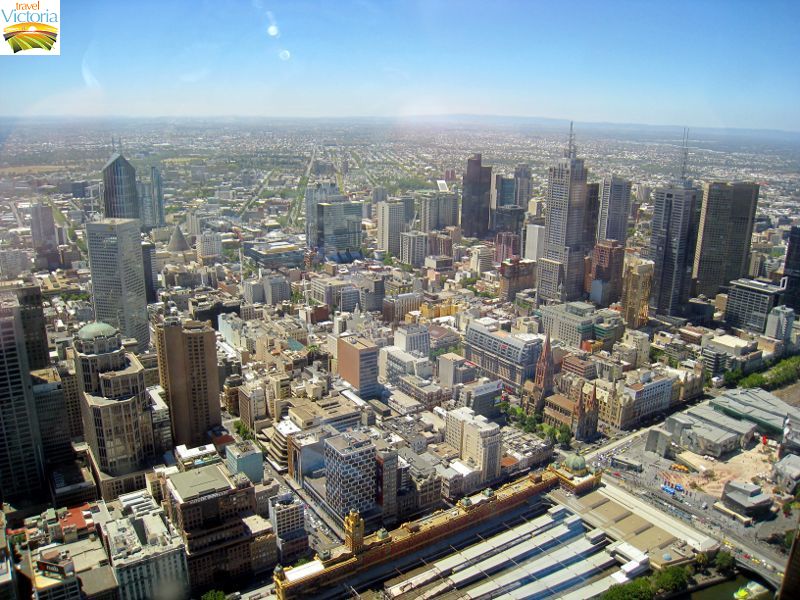 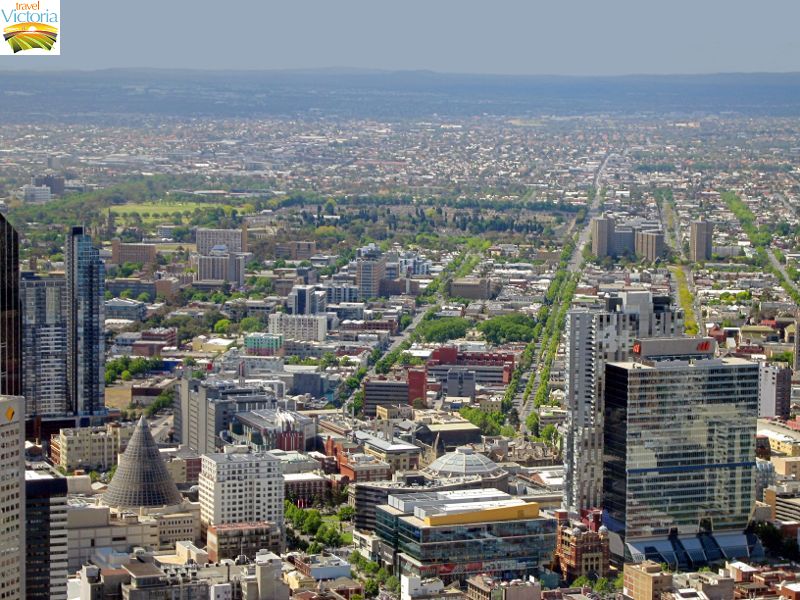